Cambridge Documentary Films is a non profit organization established in Massachusetts in 1974, founded by Margaret Lazarus and Renner Wunderlich. The purpose of the organization is to create new perspectives on important social issues and give voice to groups and individuals whose perspectives are ignored by mainstream media. Cambridge Documentary Films produces and distributes award winning documentaries to thousands of universities, community organizations, schools, libraries and public interest organizations throughout the United States and the world. These films have won numerous awards, including an Academy Award and have been screened at the UN General Assembly, The White House, the Office of the Vice President, the US Congress and numerous state houses. The subjects include: advertising's image of women, domestic violence, trauma, rape, eating disorders, self-esteem, media literacy, homophobia, the labor movement, gender roles, career counseling, nuclear war, reproductive health hazards, the women's health movement, gay and lesbian parenting and other social issues.


Why our films are short documentaries

We believe in making documentaries that foster discussion and the exchange of ideas among viewers. We are convinced that this is how people integrate the ideas they are seeing and hearing into action. They bring what is important to them to the ideas in a film and that powerful synergy motivates activism. That is why we provide discussion and study guides for our films, so that anyone committed to the subjects can lead a productive session after the screening. Thant is also why we try ( and it is a struggle) to keep our films short. Community activists and educators tell us that often they only have an hour or an hour and a half to present a film. We think that the most important role a film can play in social change is to provoke critical thinking and discussion. That time is as, if not more important, than the film itself and we don't want to cut that time off.

All of our films are produced directly for community and educational audiences. They are not made for television and then recycled into the educational market. They are made independently from mainstream media bureaucracy and program directors. Therefore we depend on you as the primary users to pay to purchase our work. All of our film prices include public performance rights because that is the way we believe they should be used. That's why they are more expensive than a home video use purchase. 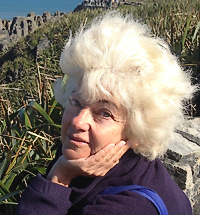 Margaret Lazarus is the Executive Co-Director of Cambridge Documentary Films. She is an independent documentary film producer and director. Her documentary film Defending Our Lives, won the Academy Award for Best Short Documentary Film. Throughout her career she has combined her political activism with documentary filmmaking. She began by producing a weekly public affairs program for television in Boston.
She was a Senior Fellow at the Tisch School at Tufts University.

Margaret Lazarus is a member of the Academy of Motion Picture Arts and Sciences, and has lectured at colleges, universities and conferences throughout the United States. She has written editorials on film, media and violence in society syndicated through the Scripps-Howard and Knight--Rudder services to over thirty major newspapers. is the co-author of the chapters on violence against women for Our Bodies, Ourselves, all editions and many articles in journals and magazines including "Producing Media" Feminist Media Studies and "The Documentary," for the Neiman Report. 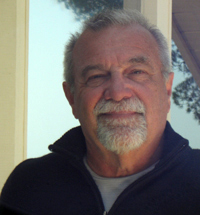 Renner Wunderlich is the Co-Director and Co-Founder of Cambridge Documentary Films. He has produced and directed many films about social justice and women's issues, including films on rape, body image, and media culture. In addition to the Academy Award, his films have won numerous awards and prizes, and have been screened at many of the major film festivals around the world and in the United Nations General Assembly, the White House, the Office of the Vice President, the US Senate and House of Representatives. He worked for twenty years as a freelance editor, sound and cameraman for the majors networks, public television and educational institutions.

Renner Wunderlich is an independent licensed social worker with a specialty in the mental health needs of creative clients in the arts and those of veterans. He has worked with homeless veterans, returning veterans from the Iran and Afghanistan wars, wounded veterans including those with post traumatic stress and substance abuse. He worked at the Veterans Administration and US Army Wounded Warrior Program, and was a member of the Massachusetts Governors Council on Veterans Affairs.

He is also a private pilot who built and flew his own aircraft.

Margaret Lazarus and Renner Wunderlich have been the recipients of numerous awards, festival awards, special screenings, and honors, including (in reverse chronological order):

Their films have been screened at numerous non competitive festivals including: